I have a great strategy for passing the bar: write it in Ontario. The Law Society of Upper Canada (our governing body) doesn’t publish official statistics, but it is anecdotally reported that 90% of takers pass in Ontario. Contrast that with New York, where approximately 30 to 40% of takers fail in any given year. That’s a bloodbath.

The system has changed a bit since I wrote, but let me take you back in time to 2002. I had just graduated from Queen’s law school in picturesque Kingston, Ontario. I then had to face something called Bar School. That’s four months of sitting in a stifling classroom during the beautiful and inviting months of May, June, July, and August. Don’t feel bad for me — you’ll see why in a second….

The Law Society hired local practitioners to come in and “teach” one- or two-week modules. At the end of each module, we had to write a test. Bar School was broken down into a substantive component and a practical component. The substantive component was essentially a rehash of everything learned in law school. The practical component was aimed at giving some hands-on experience with drafting and real-world practice elements so that we didn’t go off to law firms smelling like fake-tuna sushi.

The only way I can explain Bar School is like this: it was a joke. The tests we had to write? Open book and easy. We were required to be in class from 9 a.m. to 4 p.m. with an hour for lunch. After the first couple of weeks, we all figured out the tests were not difficult and attendance began to wane.

I would usually roll out of bed around eight and take my dogs down to the lake for a swim. The dogs would watch from the shore as I happily frolicked in the waves. I would drop the dogs off at home and head to class. I would arrive around ten. By eleven I was bored out of my skull. I would usually slip out the door, go home and read the course outline for that day (which had all the answers to the test questions directly in the body of the outline). I would take out a highlighter, put a few streaks of yellow and orange on the page and make some notes in the margins. Look up at the clock: not even 1 p.m. Grab a bite to eat. Go drink beer on a patio with the rest of my colleagues who were not in class.

About halfway through Bar School, I came up with an idea for a novel. I figured this might be the only time I got a chance to write a novel, so off I went. I modified my routine so that instead of drinking beer in the afternoon, I would write for two or three hours. By the end of Bar School, I had a passed all my tests (like almost everybody else) and written an entire legal thriller about a Biglaw lawyer in New York whose daughter is kidnapped.

The system has subsequently changed slightly. They don’t make students waste the summer listening to instructors anymore. The Law Society gives everybody the materials (1, 500 pages); students self-study in any manner they choose. Dates are set throughout the year to write a two-day, seven-hour per day, open-book exam. The exam consists of 220-240 multiple choice questions (no essays). The questions are grouped by subject so the taker doesn’t have to jump around her materials to find the answers. She just has to recognize the concept that is being tested and go to the proper part of her outline to find the correct answer.

Did I mention there are no essays?

In sum, Ontario is to New York as Richard Simmons is to Mr. T.

The Law Society would never admit this, but it is assumed that Canadian law schools do their jobs. Want proof? We have only about twenty law schools in Canada. The Law Society is charged with regulating the profession in Ontario and must ensure that it admits only qualified individuals, right? If it was really worried about the quality of legal education in Canada (or elsewhere), it wouldn’t use an open-book, multiple-choice exam to exclude, at most, one out of ten takers. It would toughen the requirements to mirror New York, where the exam is used to ensure that lawyers who want to practice in the jurisdiction understand (i.e., memorize) New York substantive law.

The New York exam also reflects the fact there is a substantial difference between, say, Yale and certain schools that admit (at great profit) students with 2.5 GPAs and 148 LSATs. We don’t have that problem in Canada. Yes, some of our law schools are better than others, but we don’t have as great a divide as the gulf between Harvard and the Appalachian Coastal School of Marshall California.

Of course, we also have to advert to the fact that there are way more law graduates than great law jobs. The New York exam also excludes because there isn’t enough room for everybody to join the club. We also have a problem in Ontario with an excess of graduates and not enough jobs. But, we’re Canadians, which means we’re too nice to exclude anybody if we can help it.

Thus, if you’re sick of writing bar exams designed to encourage failure, come on up to Canada. We’ll embrace you with open arms and a bar exam you can pass without heart palpitations. Sure, the taxes are a bit steeper, but everybody gets all-you-can-eat health care. And, we can’t exclude you for pre-existing conditions, like a 148 LSAT or a non-ABA-approved law degree. 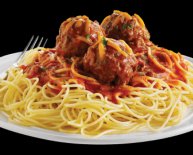 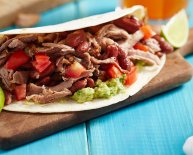